The environment committee has adopted an update of EU car emission rules, setting limits on certain pollutants including NOx. They call for a new, real-life, emissions test procedure to be enforced by 2017. They also want fuel consumption meter and gear-change indicators fitted to all new cars by 2019.

“Public health depends on good air quality, especially in cities where many people live. It may be influenced by car emissions and other pollutants,” said lead MEP Albert Dess (EPP, DE). “Today the environment committee has shown its strong support for the completion of the real driving emissions procedure. It is very important that road vehicles comply with tough emission laws not only in the laboratory but also in the real world."

The report was adopted by 66 votes to 1.

The results of the test procedure that provides the basis for EC type approval should reflect emissions rates observed under real driving conditions, say MEPs.

The Commission must therefore introduce a real driving emissions test for all vehicles type-approved or registered from 2015, with a 'Conformity Factor' reflecting only the possible tolerances of the emissions measurement procedure in place by 2017, they say.

In their amendments, MEPs stress that the potential to reduce fuel consumption and therefore pollutant and greenhouse gas emissions through efficient driving behaviour (so-called eco-driving) is insufficiently exploited. They recommend introducing mandatory fuel-consumption meter (FCM) devices along with gear-shift indicators (GSIs), which give information to drivers about how to drive efficiently.

The new requirements should come into force from 2018 for type-approval of new models, and from 2019 for all new vehicles.

The draft law amends existing regulations on the reduction of pollutant emissions from road vehicles. The proposal focuses on areas where market and regulatory failures hinder efforts to address the overarching challenges of improving the EU's air quality and addressing the Better Regulation Agenda.

As modern diesel vehicles emit high and increasing amounts of NO2 as a share of total NOx emissions, posing a new challenge to air quality in affected urban areas, MEPs call on the European Commission to consider the possibility of setting a separate limit for NO2 in addition to the existing NOx limit.

The legislative proposal aims to address certain shortcomings in the existing legislation with:

The committee voted by 64 to 1 to open negotiations with the Council of the EU with a view to reach a first reading agreement, which would then be put to a vote in Parliament and Council.

La Via on the car emissions scandal: 'We want a real assessment of emissions' 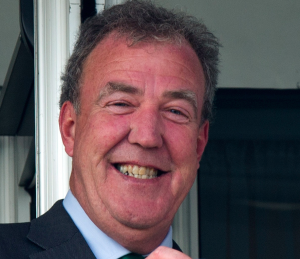