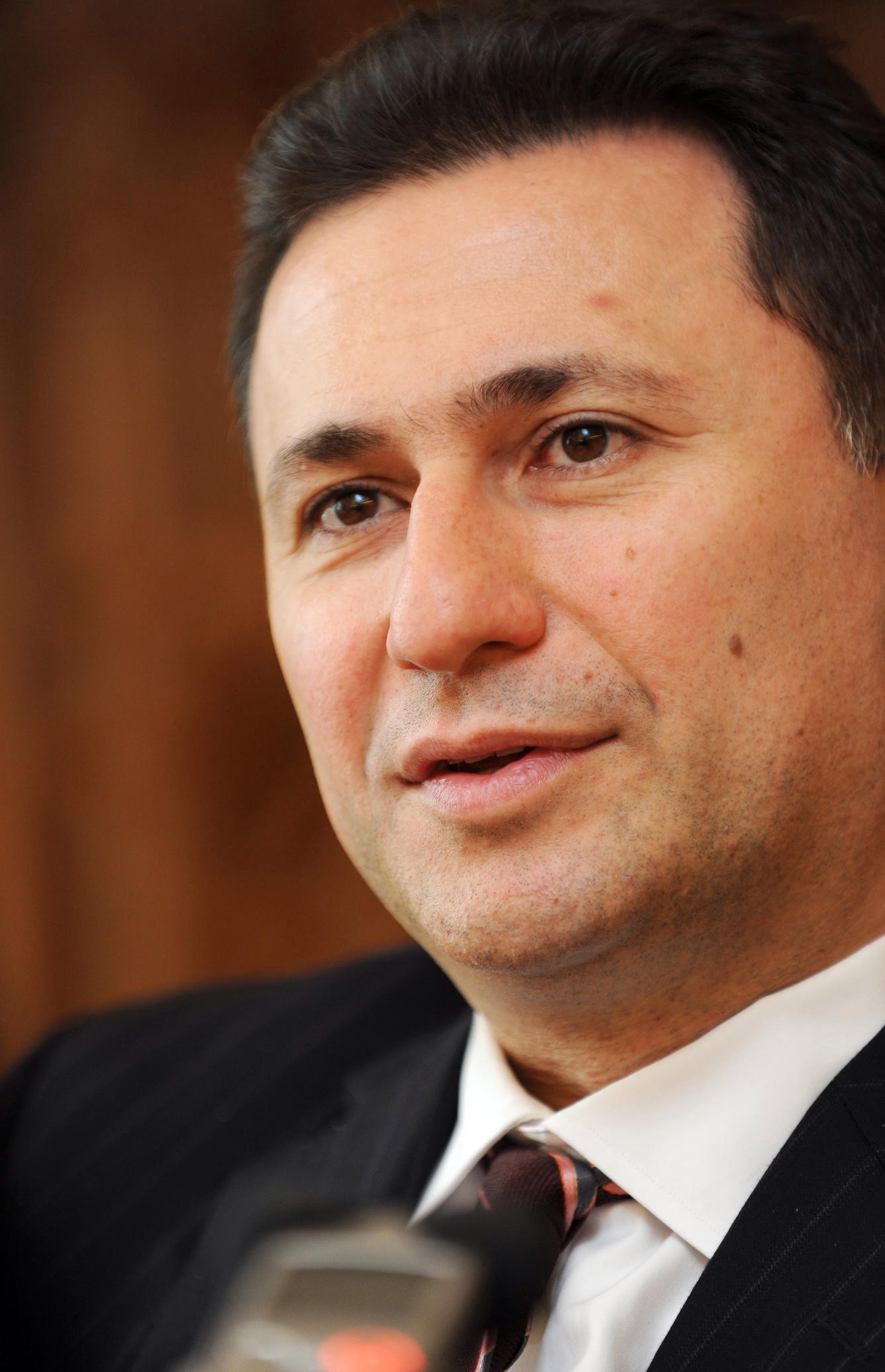 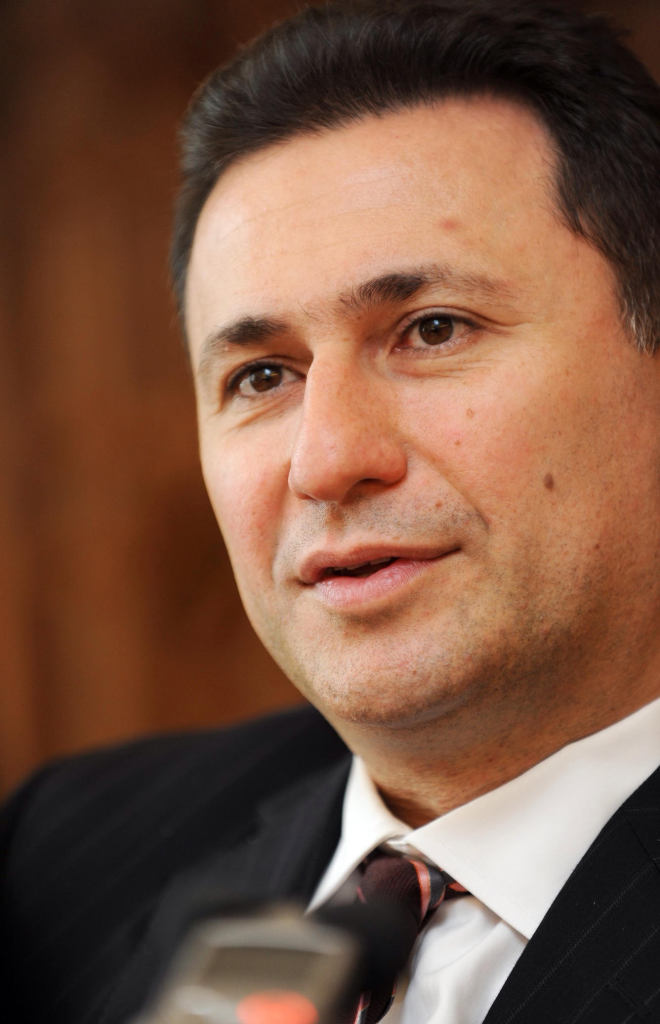 The Macedonian prime minister has described its stalled accession bid join to the European Union as “immensely frustrating”. Its efforts to start accession negotiations have temporarily been put on the back burner,largely due to opposition from Greece.

Speaking in Brussels, Nikola Gruevski (irudian) said: “The EU needs to apply more pressure on Greece so that our accession talks can begin.”

Gruevski also warned of the potentially “destabilising” effect of the current political crisis in Macedonia.

Despite continued economic growth the country remains embroiled in a deep political crisis and, on this, he said, “I do not want  anything that might destabilise the country and that is why I am personally giving my maximum to resolve the crisis.”

Gruevski was in Brussels for a summit of European People´s Party (EPP) leaders from throughout Europe.

In a wide-ranging interview, he touched on the “immense frustration” at Macedonia´s stalled accession process.

This is despite the fact that for the past two years it has recorded the second highest GDP growth of in Europe.

He pointed out that back in 2009 that Macedonia fulfilled all the criteria necessary to start accession negotiations. It had already completed similar conditions for Nato membership the year earlier, he said.

“Despite this, the commencement of talks was postponed in both cases,” he said.

Member states decided in December 2005 to grant the country candidate status and in October 2009, the Commission recommended that accession negotiations be opened.

Macedonia´s accession bid to the EU has repeatedly been blocked by Greece in a dispute over the country´s name.

Gruevski, PM since August 2006, said, “We are being heavily pressured by another country that wants us to change our name and our culture. For one country to be able to veto another country´s future in this way, and to do so for six years now, is not normal.”

He says that had Macedonia been allowed to start accession talks back in 2009 it would now have almost completed the process and “be in a position to join the EU within six months.”

Gruevski, 45, went on, “Even so, we will continue carrying out the necessary reforms and stick to our reform agenda. It is up to Greece, the ball is in their court. If we can overcome this problem negotiations can start immediately.”

But for that to happen he believes the  EU has a more proactive role to play, adding, “My message to the EU is to apply more pressure on Greece to drop its objections.”

He does not agree, however, with those who have suggested that the current impasse may result in Macedonia looking to forge closer ties with Russia, which has defended his government, or that it could provide an opening for greater Russian influence in the region.

“I welcome good relations with other nations, including Russia, not least for economic reasons. But I repeat, there is a clear political consensus and a clear political orientation towards both EU and Nato membership and that remains the case.”

The PM said he also remains focused on maintaining the economic growth, cautioning that the current crisis which continues to dog his administration and which he concedes “is not good for our economy.”

The crisis, one of the deepest the country has faced since gaining independence from Yugoslavia in 1991, stems from opposition claims that that the government illegally wire-tapped 20,000 people.

Gruevki flatly denied any personally involvement but accepted a degree of responsibility as the wiretapping, for which two Ministry of Interior agents currently face criminal action, had occurred during his government´s tenure.

He also said that as part of accepting responsibility he and the Government are in the process of increasing public oversight on the UKB through stronger control mechanisms to be held by the Parliament. “This is a very important step,” he noted.

He admits the crisis has had “some negative results” but believes its impact on economic performance will be “small.”

The economic growth of recent years is, he says, the result of several factors,including the cultivation of a business climate and cutting red tape.

He says the country has the lowest costs “for doing business” in Europe, plus a “stable market economy, low debt and free trade agreements in place with all European countries, excluding Russia.

It is, he says, also making great strides in fighting corruption and serious crime and points out that Macedonia has jumped from 105th to 62nd place in the latest Transparency International “league table.”

He says Macedonia has not escaped the migration crisis gripping much of Europe, with the country being a popular transit destination for those seeking new lives.

“There are thousands of migrants passing through the country and, yes, it is a problem and something for which we are going  have to ask EU support.”

Earlier this month, the  EU urged “all parties - in the interest of their country and its citizens - to find a lasting political compromise without any delay and come forward with concrete proposals to this end, building on the agreement already reached in Skopje on 2 June.”

Turning to the short term future, he says he is confident that Macedonia will meet the 29 June deadline set by E U foreign ministers for resolving the current crisis.

On this, Gruevski, who has led the ruling VMRO-DPMNE party since May 2003, said, “We are currently in talks with the opposition but I have to say that they keep complicating the situation by saying they want other things, such as new ministers in the government.

“However, I still believe we can find a resolution and,give or take a few days, will meet the EU deadline.”